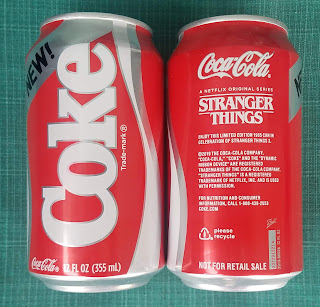 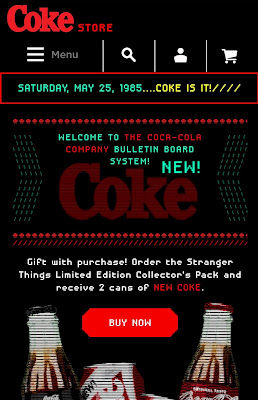 Here it is folks, I finally got around to posting my review of the re-release of NEW Coke.  This is the second taste test and comparison I've performed on this product (the first was back in 1985).

So it all started when I saw this very retro 80s looking computer message on the Coke website.  My heart skipped a beat when I learned Coca-Cola was once again releasing NEW Coke!

I got online, ordered a couple collector's packs, and anxiously awaited for them to come in the mail.  Below is a picture of exactly what you get..  Coca-Cola Classic and Coke Zero limited edition Stranger Things 3 bottles, and two cans of NEW COKE.

I assembled the family for dinner on the night of the Stranger Things 3 premier, and we performed our very own taste test of Coca-Cola Classic vs. NEW COKE. 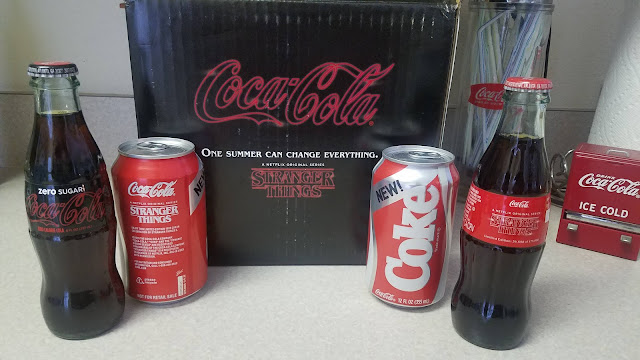 So what was the verdict?  The same as it was back in the day.  I liked it!  Just not nearly as much as Classic Coca-Cola, and definitely not as much as Lucas Sinclair loved it in Stranger Things.The New Coke tasted more syrup-y and had considerably more carbonation that really takes its time to subside.  It had a wee bit of an aftertaste, but not bad at all.  Classic Coke has more of a caramel-y flavor, just the right amount of carbonation, and well.. that Classic taste. 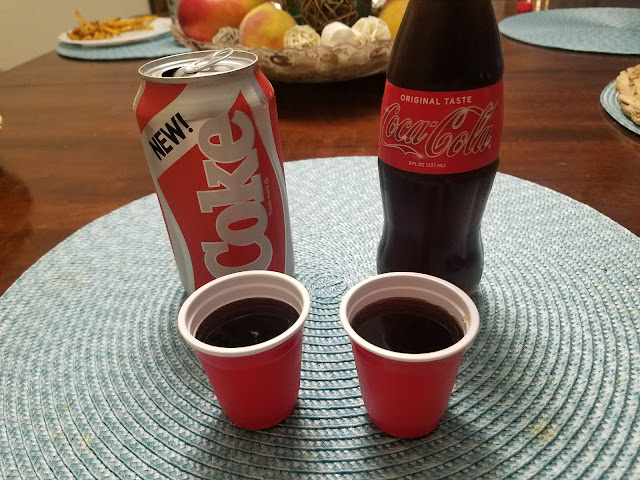 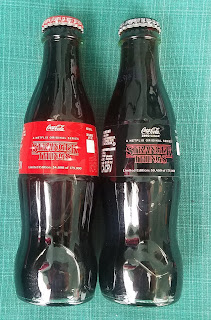 The general consensus amongst my brood, was that it was good.. just not as good as the Coca-Cola Classic. It really is a solid cola in my opinion, if you like your soda really sweet.   It's actually a soda I would buy from time to time if Coca-Cola decided to re-release it on a long term basis.  I can especially foresee this soda making a great alcohol mixer.  Maybe I'll get a chance to experiment with it if Coca-Cola listens to the masses of NEW COKE fans that are begging for a re-release of the product.  Yup.. it kind shocked me too.

There was such a public backlash back in 1985 when NEW COKE was re-released. I still swear the whole product release was a conspiracy / strike of marketing GENIUS!  And I'm not the only one who believes that.