2020 has been quite a stinker of a year, so I'm gracious for any tidbit of joy that comes my way. The Dodgers World Series win last night against the Tampa Bay Rays made my week and is a great way to close out October for me. 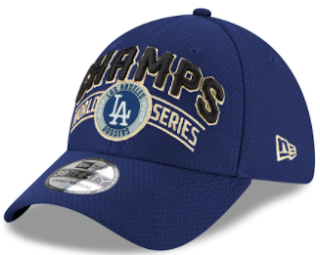 This crazy year had me longing for any sort of normalcy in the spring. I yearned to watch baseball once again, and even started watching Korean baseball games to get my fix. That led to me spending hours reminiscing about Dodgers baseball of the 70s and 80s, which in turn led to getting me back into collecting baseball cards.
When baseball finally started up again, I began watching any game I could, but especially Dodgers games when they played in our market, which wasn't very often in central Florida. I noticed very quickly that the Dodgers had a heck of a team this year and knew they had a chance to go all the way.  This was one of those sweet wins. The last time the Dodgers won a World Series was 1988. This year marked the Dodgers 8th consecutive appearance postseason, but this year's talent finally made it happen.
I definitely get some strange looks and eye rolls when people find out I'm a Dodgers fan. After all, I live in Central Florida and Tampa Bay is only a little over an hour south of us. Many a friend and colleague have stared me down and asked "Why?" when they learn the Dodgers are my team.  My spiel usually includes my backstory of being born in Southern California and the Dodgers being my older brother and I's team. Growing up in Colorado where there was no major league team to root for in the 70s and 80s, left only one option in our minds, and that was to continue our pledge of allegiance to the Dodgers.
Yes.. no matter where I hang my hat, I will always bleed Dodgers blue. I wish my late brother were around to relish in this long overdue and much deserved win, but I guess I will just have to celebrate for the both of us.
Baseball