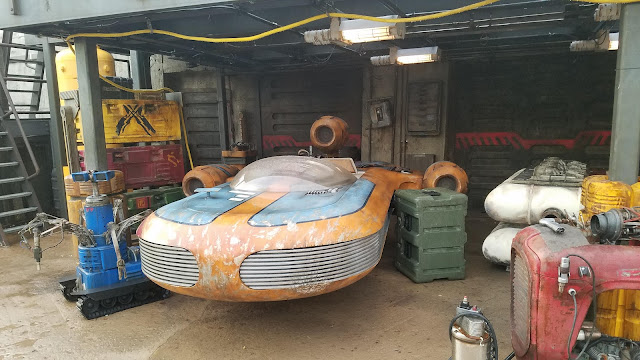 So I got a sneak peek at Galaxy's Edge at Hollywood Studios last week, and it was everything I imagined and more.  What's more.. three 1977 childhood bucket list goals were achieved within the first hour of my visit. Those being:


The Millenium Falcon..
Seeing this old gal was truly a dream come true.  It's a movie accurate, true to scale bonafide replica of the Millenium Falcon.  I viewed the Falcon from top to bottom and the attention to detail was amazing.  Steam jetted out from exhaust ports, the engine sang (and stalled) with sounds you immediately recognize from the movies.  There was battle damage, blaster marks, grit & grime, and my God was it beautiful!


While seeing a scale Millenium Falcon yesterday was exciting.. walking down its halls and stepping into the cockpit was downright surreal. . It truly was a boyhood dream come true. . . #milleniumfalcon #galaxysEdge #batu #whatsanaluminumfalcon #starwars #imAstarWars #starwarsisdisneynow #disneygram #disneygrammer #disneyIGer #disneyIG #instablog
A post shared by Darrin Vindiola (@theretrodad) on Aug 8, 2019 at 10:12am PDT


Just how I had always imagined it. #LetTheFatherWin
A post shared by Darrin Vindiola (@theretrodad) on Aug 8, 2019 at 10:20am PDT


Blue Milk!
I remember watching STAR WARS in the theater with my Dad in 1977, and being in awe of the blue milk Luke Skywalker was drinking on screen.  Now.. some 42 years later, I finally got the chance to try some.  It was more like a slushy milkshake, but it tasted great.  Made from coconut and rice milk, it was sweet and mellow.  I may have to try the adult option with rum next time. 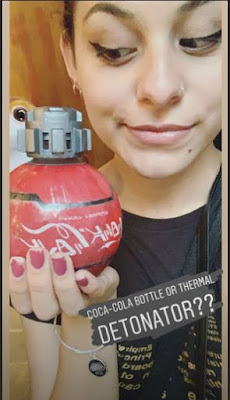 I'm a lifelong Star Wars and Coca Cola fanatic.  Therefore for me, the cross promotion between Coke and Disney is one dreams are made of!  When pictures of these Coke bottles were first released to the media, someone somewhere broke the news that "robot Coke bottles" were being released.  Geez.

Suddenly, all kinds of bloggers and instagramers ran with that description on social media and online.  Many true STAR WARS fanatics however (myself included) rolled our eyes and sneered at that description.  The general consensus among fans I talked with, was that someone probably thought the bottles looked like BB8, hence the 'robot' description.

The bottles to me, simply look like a hydration receptacle that belongs in that universe.  To many (myself also included) the bottles are reminiscent of a Thermal Detonator like the one Princess Leia activated in Return of the Jedi, and folks on social like myself are having a ball posting our pictures, thoughts, and puns about them online.


There is so much to see and so much to talk about in regards to Galaxy's Edge, I plan on posting more content about it very soon, so keep an eye out!